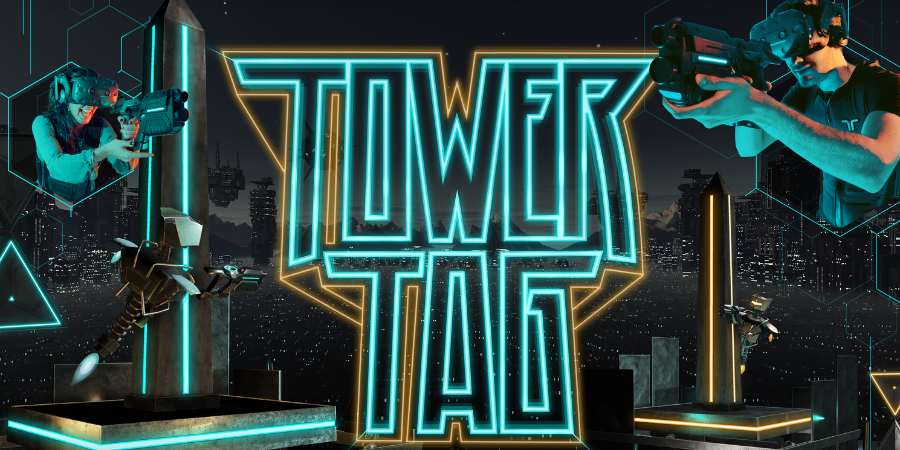 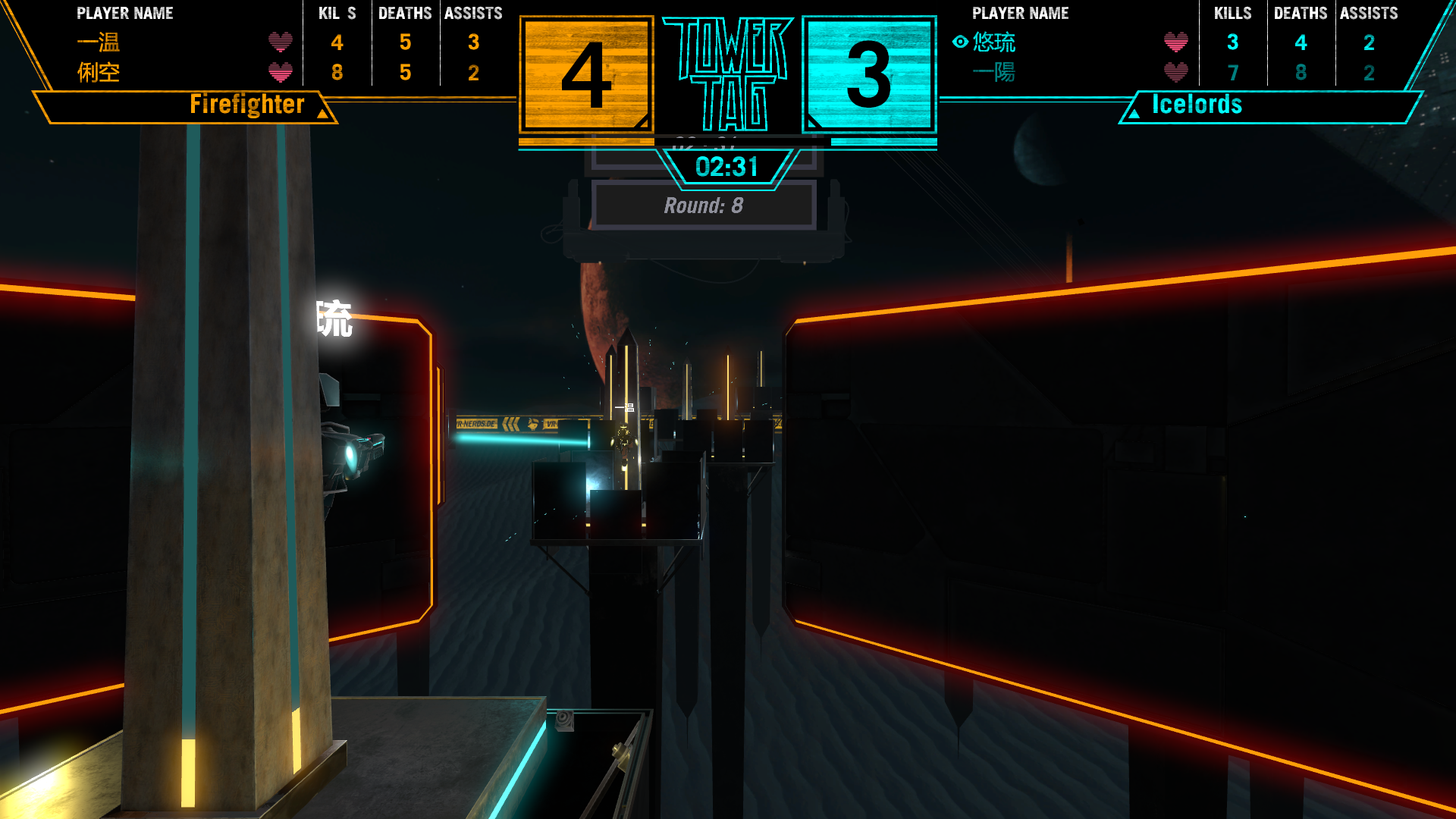 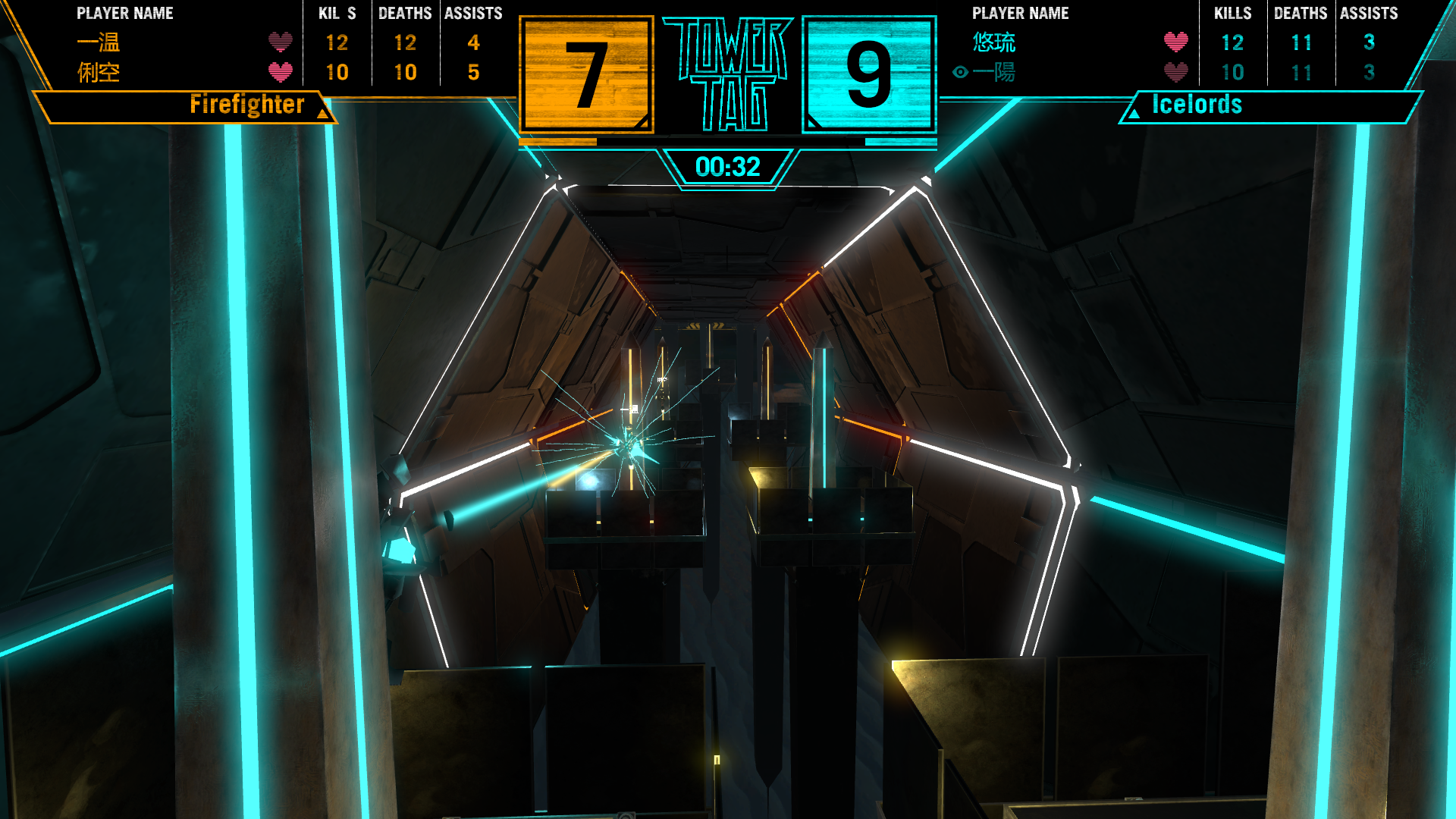 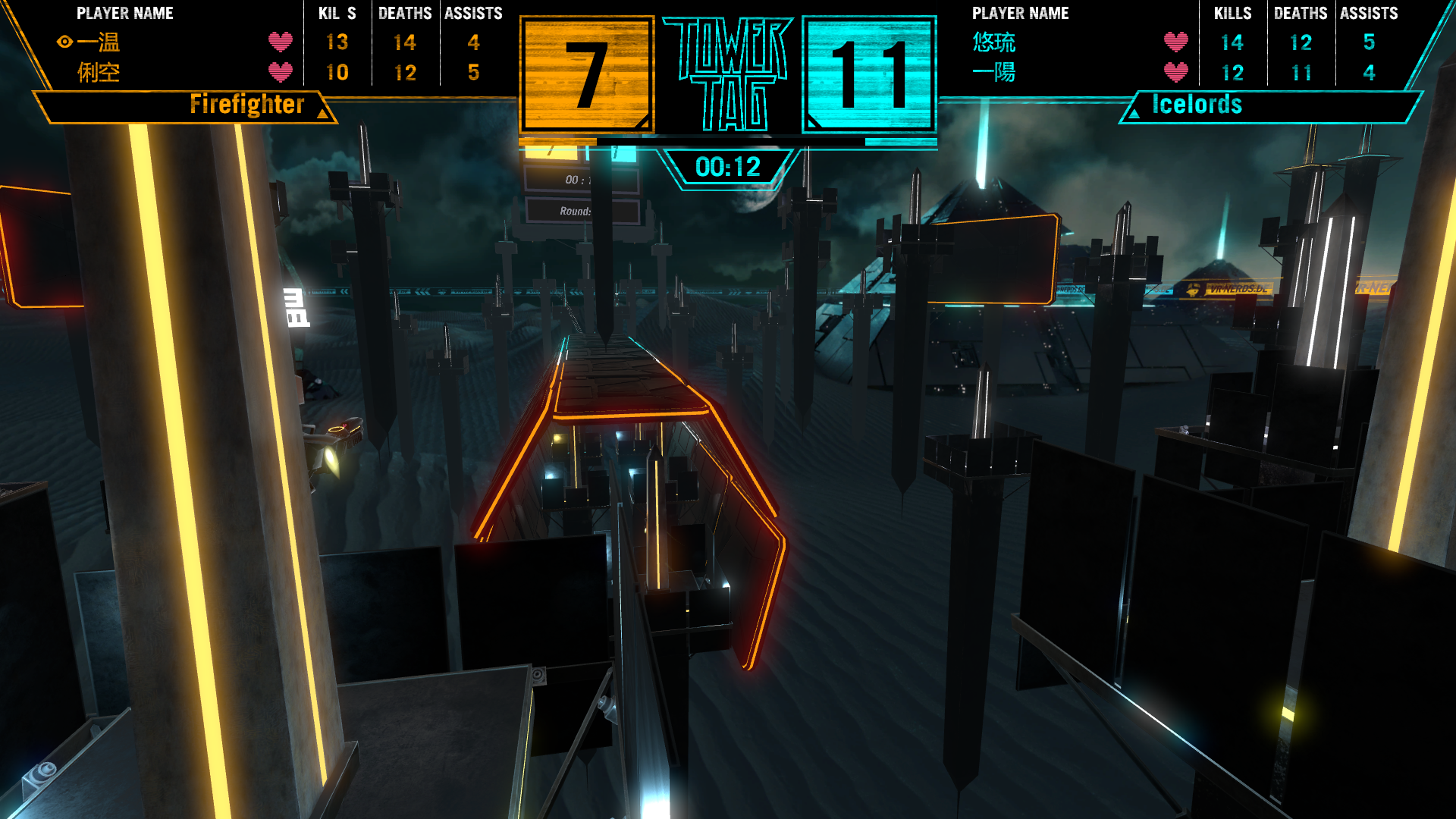 Tower Tag is our signature game of virtual reality laser tag where up to six players can play together across two teams in giant futuristic arenas.

Experience the next generation of laser tag! Tower Tag offers an intuitive method of movement that provides a very dynamic gaming experience.

Players are issued with special haptic vests enabling them to feel the bullets! So claim those towers and dodge those bullets. Put on your headset, and step into the game!

Multiple game types and levels are available, plus the ability to play with, or against, AI bots.

The game principle of Tower Tag was developed for VR arcades from ground up. Put on the VR headset and go. Further explanation by the staff isn’t usually necessary.

Tower Tag offers many possibilities to make the gaming experience even more immersive. In addition, the upgrades offer an important distinctive feature to domestic VR experiences.

Tower Tag offers an intuitive method of movement which gives the game a very dynamic gaming experience without the risk to cause motion sickness. Despite the relatively small space requirements.

The greatest strength of Tower Tag unfolds in the sporting competition. Tournaments can even be played between the VR Arcades worldwide.

No items found.
30 mins
in total

No items found.
30 mins
in total